We received a brief introduction from Matt's socialite cousin, Sarah Wilbur, at an airport hangar black light body paint party... typical Vegas stuff.  We mentally noted each other’s classy garb, despite the ridiculous circumstances, and continued on our ways. 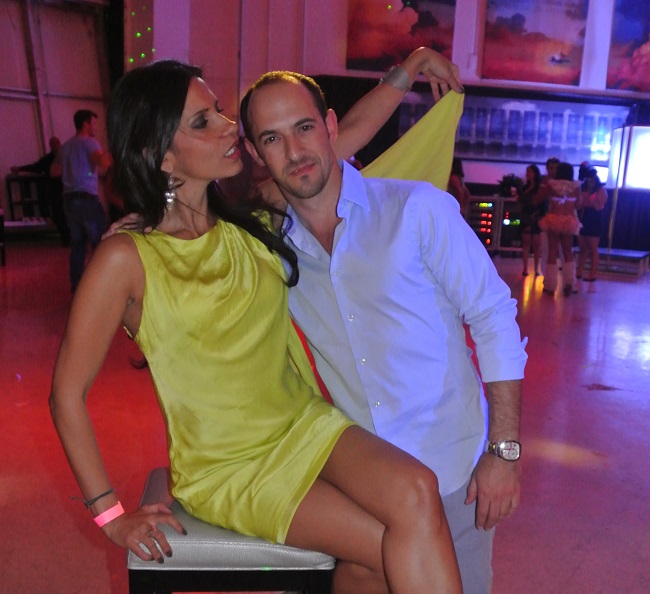 About 3 months later, we learned via social media that both of us would be attending Lollapalooza.  This realization that we had similar music tastes led us to attempt to meet up at the festival while in Chicago.  Cell phone coverage turned out to be horrible in Grant Park, so as the days passed we came to the conclusion that it would be easier to just meet up for a concert back in Vegas at some point.

On the last day of the festival, we ended up randomly running into each other on the Michigan Avenue Bridge in Chicago.   Matt recognized Xime, who was crossing the opposite way with her good friend Miguel Angel after they had finished an Architectural tour, while Matt was walking with his family to grab some pizza at Gino's East.  This brief encounter set the table for years to come.

As our initial conversations all revolved around music, we both had the intention of being Vegas music buddies. Our first time out together, we ended up deciding on Silversun Pickups at the Joint at the Hard Rock.

We really enjoyed the show and about halfway through the night we both started to realize maybe this was a date. As the concert let out, we strolled into a live latin/reggae show, where Xime tried to teach Matt how to salsa dance. We parted ways with plans to meet again. 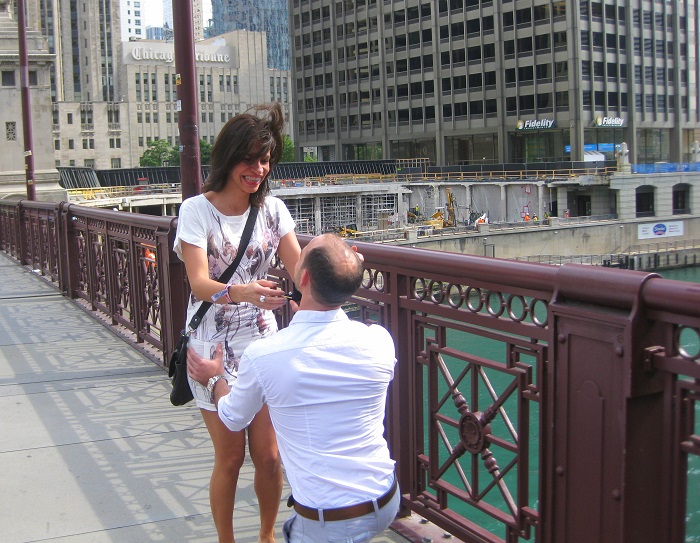 Earlier in 2016 Matt's parents, Sue and Dennis, decided to get the family together to come back for Lollapalooza again for the show's 25th anniversary. As planning for this festival went on, Matt began thinking of proposing around that time-frame... then it struck him that the bridge would be perfect.

Matt got the family involved to recreate the moment he bumped into Xime on the bridge. After getting the ring made, and getting it from the safe and through TSA, Matt and Xime arrived in Chicago Thursday July 28 to thunderstorms. The ring was burning a hole in Matt's “pocket”(had to leave it in a backpack in the hotel room). He was stressed, but the plan was to go to brunch somewhere that required a direct path across the bridge Friday morning. Matt convinced everyone to dress up for brunch and come back to change afterwards for Lolla. 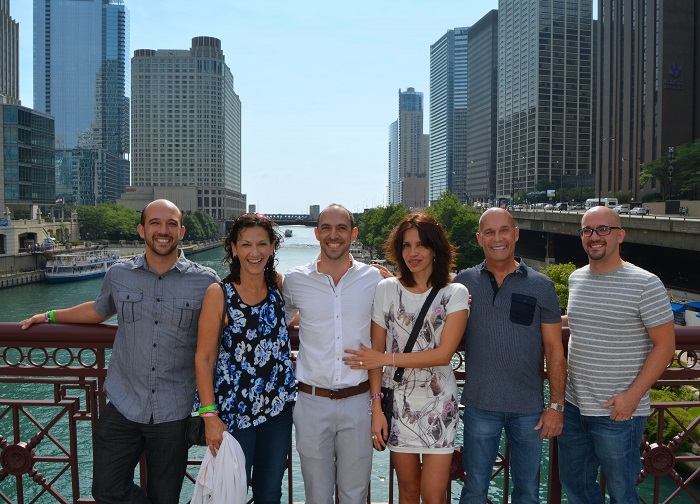 The weather was agreeable and there happened to be a 2 hour break from the rain for the sun to shine through. The plan was for Matt to say, “This is the spot where we ran into each other four years ago” then for everyone to say let's get a pic of you guys there... but Xime noticed the bridge while they walked near it the day prior and pointed the spot out to everyone else already. The new plan then became, “let's take a pic in the spot we met.”

Everyone came prepared; Danny with his big camera, my Mom with hers, my Dad with his video-taking skills, and Jason with his Magicarp. As everyone got to the bridge, Matt told Xime “walk the other way and pretend we are just meeting for the first time... then my family will take a picture of us.” She had a slightly intrigued look on her face and Matt knew he had to act quickly.

As she made a cute little jump turn, he slid the ring out and kneeled down. She seemed pretty shocked at the proposal and eventually said “Si, bebe.” It was a nice moment with congratulations and love all around. A few strangers even came by to wish the couple well, with one even passing and silently blessing them. While the whole purpose of getting everyone dressed up was for the proposal trickery, everyone still made it over to the brunch… which was also fantastic.